Illya’s week had been dreadful with everything going wrong.  Napoleon assured him that it wasn’t his fault, but he knew better. 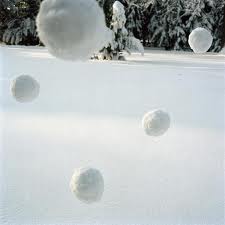 Now his partner had called demanding they meet by the statue in the park.

He arrived searching for Solo.  Unexpectedly a snowball hit him in the head.

Angrily he turned and was hit again.  With nothing else in sight, he grabbed some snow forming a snowball.  Soon a full-blown fight was in progress.

Tired out, the two fell into the nearby snow bank, “Feeling better, tovarisch.”

“Much thank you, drink?”  Smiling the two left.