How does a Russian feel as he work the Paralympics Summer games with Napoleon and Illya.

The 1968 Paralympics Summer games in Tel Aviv were finished, and the closing celebration was in full swing. Alexander Waverly had been invited to be the keynote speaker and Napoleon Solo and Illya Kuryakin had accompanied him as his bodyguards.

The three men walked through the celebration looking out-of-place in their tuxedos as the others present were dressed in their native outfits that they had worn to represent their country during the games. Wheelchair athletes were beaming with joy and proudly showing off their medals.

Illya walked by Waverly's right side quickly translating if those greeting them didn't speak English.

Hello, may I introduce Alexander Waverly, Illya repeated in various languages as they proceeded throughout the room. English, German, Spanish were very common, but Japanese, Italian, and other voices could be also heard.

Napoleon walked on the left, watching the crowd for danger and checking out the women. Illya, although checking out his surrounding as well, kept his primary focus on Waverly and an ear for questions and comments made in the various languages.

As the two continued to walk through the party, women approached Waverly to thank him for his speech, but their eyes were focused on the two men accompanying him.

Making it clear he was happy to greet and to congratulate the winners, while offering consolations to the losers, Napoleon had a group of women following his every move.

Illya nodded to the women they passed but didn't give them any further attention.

As they passed the refreshment table, two women were discussing the men.

Unknown to the ladies, both men had overheard them, and while Illya just shrugged it off, Napoleon became annoyed for his friend.

"Did you see that blond walking with Waverly, he could be a United Nations all by himself," one of the women sitting beside the champagne fountain sighed.

"Probably has nothing else in his life. Look at how he is ignoring us; no red blooded American male would do that." Another woman was angry that he had taken no notice of her advances.

"Well he is kind of cute, maybe he is just shy. Nevertheless, think about the opportunities and women he could have if he put effort into it. I mean he must be able to go anyplace he wants and always have someone to talk to him."

"Well I think you are wasting your time with him, but his brown haired partner, now he is someone I feel like getting to know better. See you a little later."

The woman wheeled toward Napoleon but as she approached him, he brushed her off making her angry.

"You're no better than your friend. You think you're too good for the rest of us because you can walk," she yelled at him.

He stopped, turning toward her."It's not the wheelchair that stops me from getting to know you. It's your attitude towards others. You should understand how it is to be different, yet you insult those who are dissimilar to you."

Smiling, he walked away, stopping to speak to other people along the way.

"I am surprised you did not take her up on her offer," Illya told his partner when they were out of her earshot.

"I may be shallow about my women, but I can't abide prejudice even in a beautiful woman."

"Gentlemen, if we could keep our minds on the business at hand," Waverly said bringing their attention back to the gathering. "But I do agree with Mr. Solo. Prejudice on any level is unacceptable. Actually, I remember a saying by an unknown author that I feel could solve many of the world problems if followed. 'We are each burdened with prejudice; against the poor or the rich, the smart or the slow, the gaunt or the obese. It is natural to develop prejudices. It is noble to rise above them.'" The UNCLE chief said as he led them further into the room.

As the party went on, representatives of the various countries along with Waverly entered a room off to the side of the main hall. Napoleon and Illya followed their boss, intending to continue in their roles as his bodyguards, the Waverly stopped them at the door.

"There are plenty of guards stationed throughout the room, and we all agreed that our personal security would not enter the room."

The two agents began to argue with him, but a wave of his hand silenced them.

"Get something to eat and drink; I'm perfectly capable of taking care of myself. After all, I've done solonger than the two of you have been alive."

Though Waverly had encouraged them to enjoy the party, Napoleon decided to stayed with in sight of the door while Illya went to get them refreshments. When he hadn't returned after a length of time, the American went looking for him.

He found his partner sitting by himself on the front staircase; his usual stoic appearance replaced by a sad expression.

"What is it partner? You're the hit of the party, talking to everyone."

Illya shook his head, getting up and leaving Napoleon behind as he walked back into the doorway. He stood looking out over the sea of international players. He felt a questioning hand on his shoulder.

"What's making you so melancholy my friend?"

"This is supposed to be a worldwide event, is it not?" Illya asked.

Looking around Napoleon saw the problem. No representative of the eastern bloc was present. His friend was able to talk to almost every person there in his or her own language, but there was no one from his country who could talk to him in his.

After a quiet moment, Napoleon searched for the chairwoman of the committee, Sarah Bar-Lev, who had hosted the games. He had seen her walk out of the meeting a few minutes earlier and intercepted her asking for a moment of her time. After speaking with her at length, he returned, smiling to his partner.

"The meeting is over, but Waverly had a few people he needed to speak to so he'll be out in a minute. They'll be making an announcement about the 1972 games once everyone is present."

Illya was still in a funk and became annoyed with his smiling partner.

"I suppose you will be busy later tonight."

"What makes you say that?"

"You spend ten minutes talking to the female head of the committee and returned, grinning from ear to ear. I presume you have a date."

"You cut me to the quick Illya. No I don't have a date, but I do have some interesting news for you."

The Russian raised his eyebrow in question, but was interrupted as the doors to the meeting room opened.

When Waverly joined the other officials at the microphone, Sarah spoke.

"We have set the agenda for the 1972 games and are happy to announce additional members of the international community will be joining these games in Heidelberg, West Germany, from August 2 to 11, 1972. In addition, we have some exciting news. Although these games were originally intended for wheelchair athletes only, there will events in the next games to allow visually impaired competitors to take part for the first time."

As she continued to speak, Illya looked over a pamphlet Napoleon had handed to him. The USSR was not on the list, Czechoslovakia, Hungary, Poland and Romania appeared as participants in the 1972 games along with many other countries. **

The sad look slowly faded from his eyes. "Thank you for showing this to me, and I apologize for the unkind remark that I made earlier."

Raising an eyebrow, the Russian read over the pamphlet again.

He said with hope, "Perhaps the countries of the world are beginning to become more tolerant of each other."

Napoleon glanced at him.. "At least it's a start my friend, a small start but a beginning."

The two men joined Waverly as he exited the building 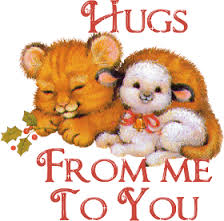