A Drabble a Day Discussion of Life--Gifts 5:5

Illya watched his partner's reaction as he handed out the gifts until he took mercy on the man.

"Did you like what I got you?" Illya asked his quiet partner.

Napoleon looked questioning at him. He hadn't received anything from the Russian. 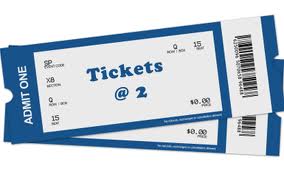 Under his files, he found an envelope with tickets to a sold out play.

"A friend. Which woman will take?"

"I'll be asking my closest friend."